Perfect bound books, as far as the bindery is concerned are fairly boring. 99% of them are simply a front cover and back cover with a printed spine.  The following pictures shows creative ways to make a cover interactive, stand out, get noticed and invoke a real spark of interest!

Pictures #1 and 2 show some creative ways to make a cover interactive.  The first picture shows what is sometimes called in the trade a “gatefold cover.” Most people picking up the book have a positive re-sponse. The construction is actually quite simple. The normal cover is really a short cover, full size on the back and the front is half-size. The first page is the same stock as the cover with a short fold on the face. The half panel must be glued at the head and foot to feed automatically on the perfect binder. This process runs at the same production speed as a normal perfect bound job. 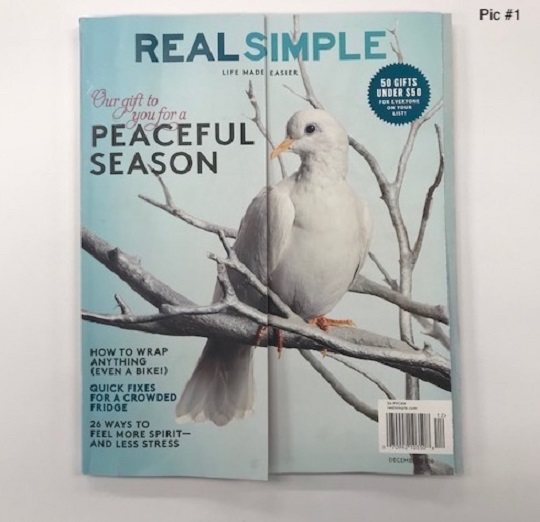 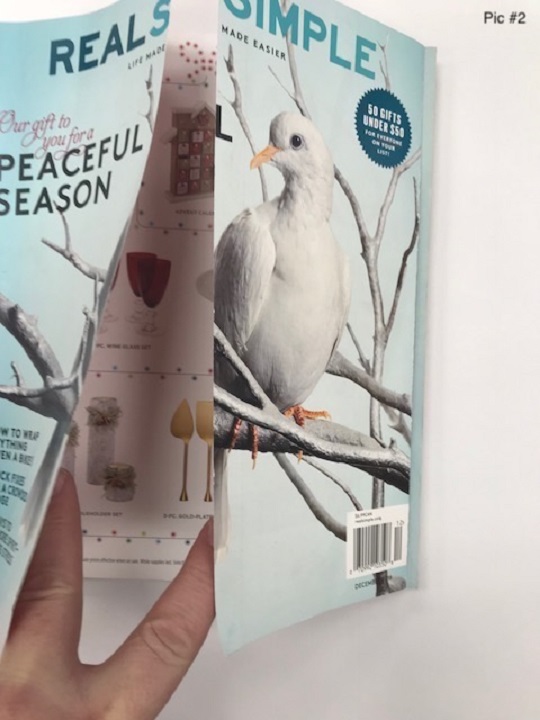 Pictures #3 to 6 shows a four panel cover instead of a normal panel cover. The additional two panels as a rule must be shorter than the insides of the book. This four-panel cover is folded with a line of glue at the head and foot in the trim.  This cover can feed in normal production speeds on the perfect binder. When the book is trimmed, the glue which was put on the folded cover is trimmed off at the head and foot.  When customer open the book and unfolds the cover, it always gets a positive reaction. 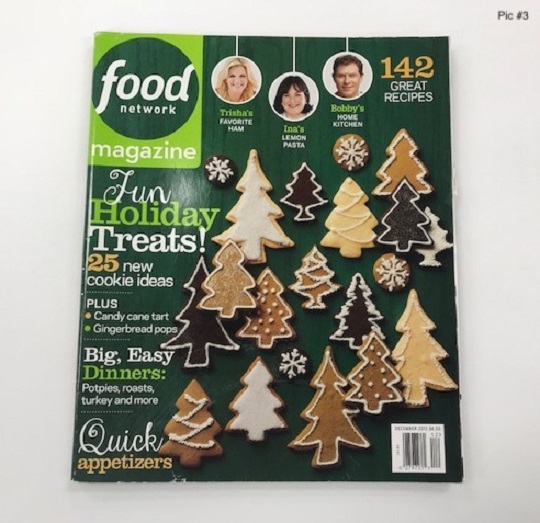 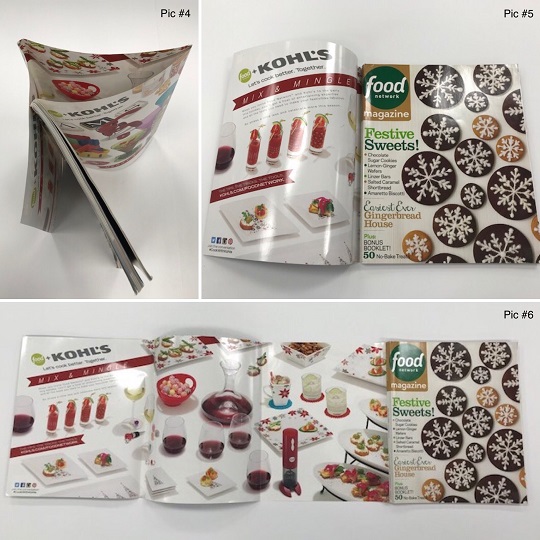 I saw on the newstands last spring a cover showing a model. I’ve never seen this process before.  Pictures #7 to 12 show the front cover is perforated in two places across the front cover and the first three sheets.  The same stock is used for the cover and the first three sheets.  The customer tears the perfs open.  Each time this is done the models hair colour changes, make up colour changes…a very very effective way to involve the customer. I’ve never seen a perfect bound book that can be received to be so intriguing, functional and unique 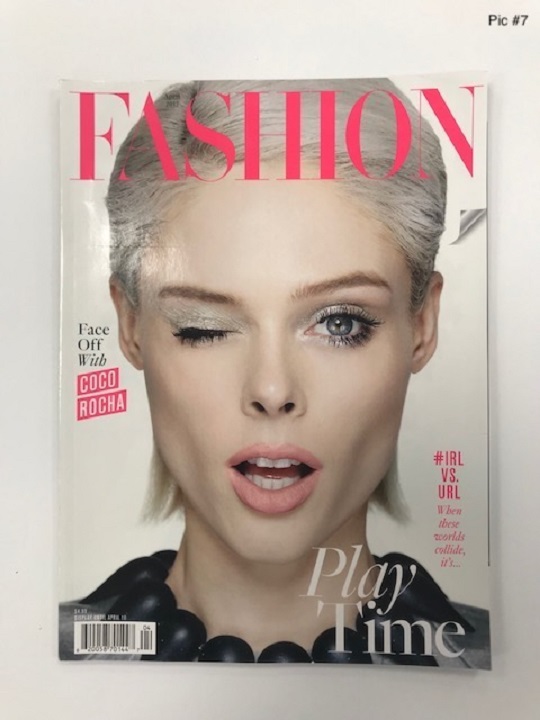 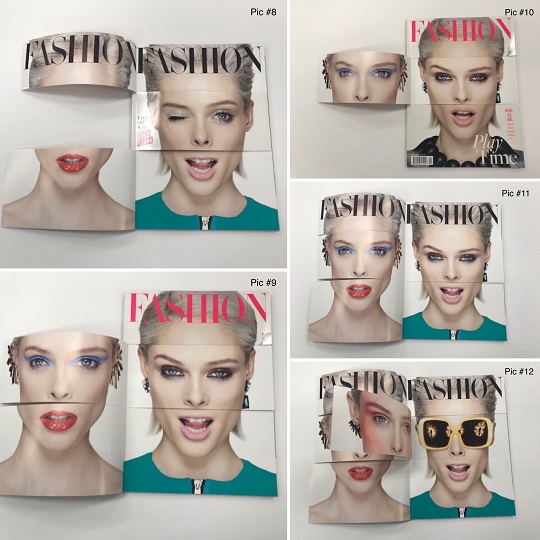 Pictures #13 to 16 show an effective cover “closure”. The cover is die cut, a “velcro fastener” is attached and the book is bound in the usual process. Note the perfect binder will run slower than usual because of the build up in the cover pile where the velcro has been attached. 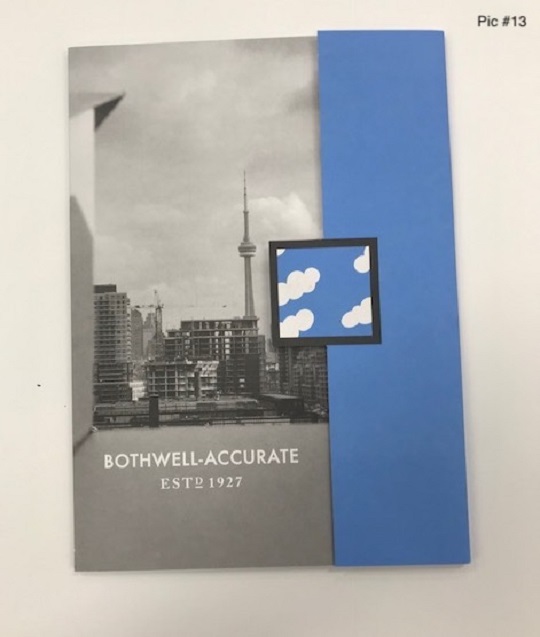 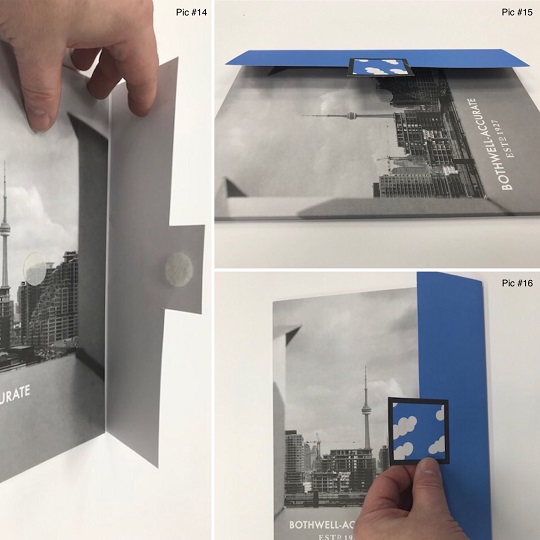 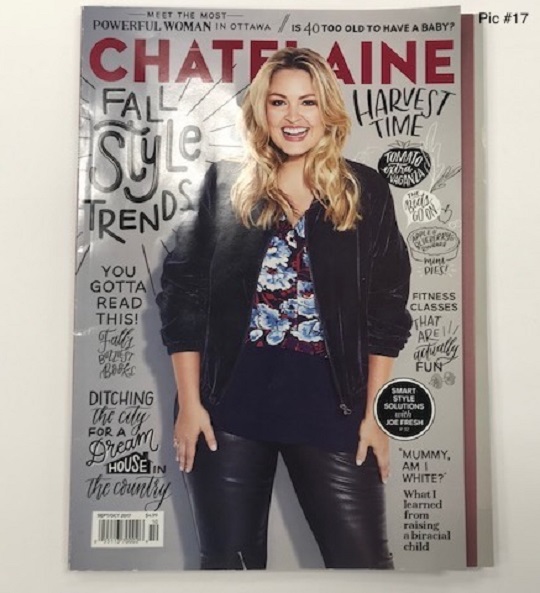 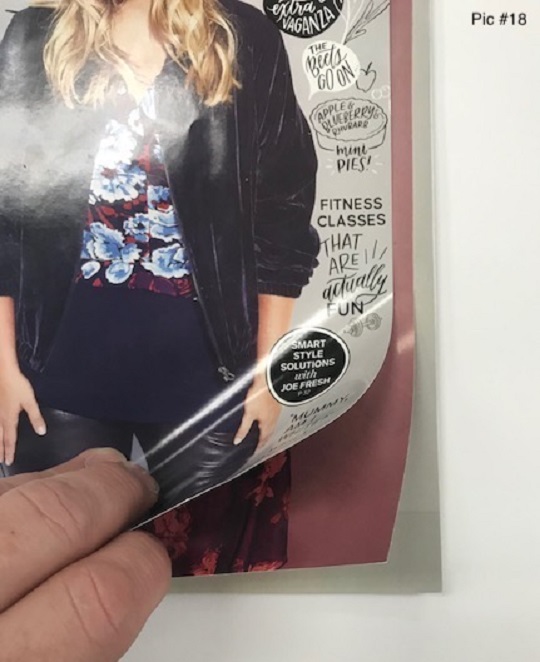 Picture #19 illustrates a four panel cover book.  The covers are die-cut to show the first flap as well as the back cover.  Please notice that on this particular book the front and back covers are shorter than the inside pages. It is by far the cheapest way to produce job. If the covers are flush the price could go up as much as 200 or 300%. 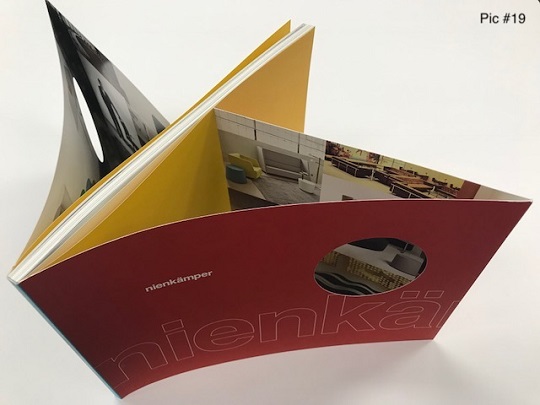 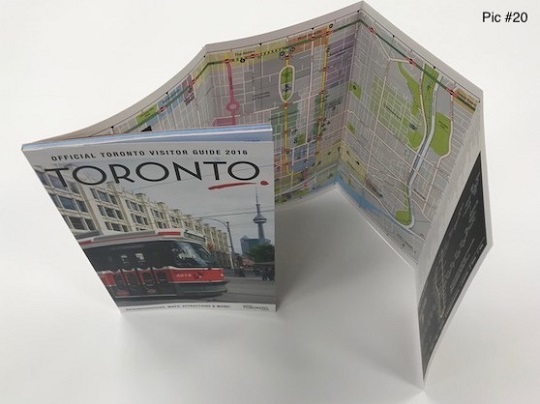 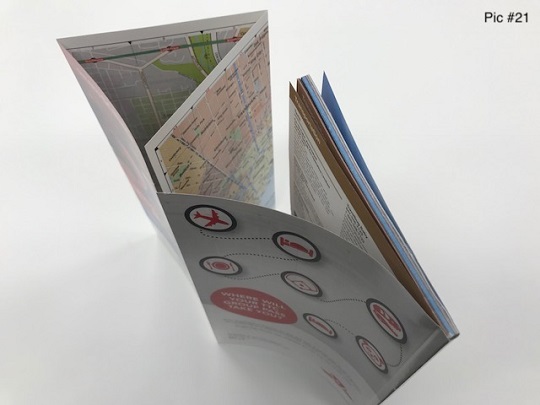 A higher percentage of books are being perfect bound. People want something better than boring saddle stitching. People want to add different kinds of stock in the same book and see a printed square spine on a shelf.  When you think perfect binding, these don’t think boring. Think of some of the very cost-effective ways you can make a cover really stand out.